The Brazil Economy - 5 Reasons Why It's Booming 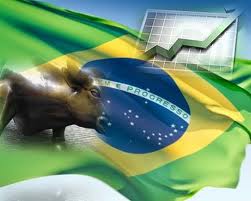 The Brazil economy is the 7th largest in the world. Did you know that? When most people think of Brazil they think of Carnival, they don't think of the economy.

That's why it is surprising to hear. That puts it above countries like Canada, and Italy. Not only is it one of the largest economies in the world, it is also one of the fastest growing.

There are a lot of things that go into making Brazilian economy one of the world's biggest economies.

Natural Resources - Large oilfields have recently been discovered off the coast of Brazil. That is bringing a lot of big oil businesses into Brazil to exploit that fact. That is creating many jobs for locals. Brazil is also one of the largest exporters of iron ore. Iron is a necessary of ingredient of steel. Steel is in high demand for construction needs as well of thousands of other uses. It is also the largest agricultural exporter, ahead of the US. To help their agriculture production to grow they have invested heavily in scientific farming methods.

Foreign Investing - The Brazil economy is really inviting towards foreign investment. Countries like China and Iran are starting to invest in Brazil because of their foreign policies. Brazil doesn't involve themselves with domestic policies of other countries, so countries see Brazil as an excellent place to invest.

Internal Demand - As the Brazilian economy continues to increase the people have more money. As they start to have more money than they need to have to take care of basic necessities they want to buy more things. That means that many Brazilians are buying their own homes and their first cars. This also means that the country has a growing middle class. When people have extra money to spend on luxuries that helps to stimulate the economy. When demand goes up supply must follow, which means more jobs.

Tourism - Tourists don't want to come to a country that is unstable and with a poor economy. While Brazil does still have some issues with crime, tourists don't run the risk of being kidnapped like in some other countries. Carnival has become a huge tourist draw. But ecotourism is becoming a big business and has helped grow the Brazilian economy. Brazil has plenty of places to go and see the natural wonders, from scenic beaches to tropical rain forests. Ecotourism is also helping to preserve Brazil's natural wonders.

All of these things go into making the Brazil economy one of the fastest in the world, which is rapidly pushing Brazil into 1st world territory.