Brazil Music - How Important Is Music to Brazilians? 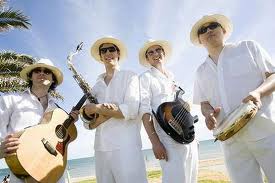 Brazil music is one thing I miss from the time I lived there. I lived in Brazil for almost a year spanning from March 2011 to the end of January 2012.

One of the things I remember most was the uniqueness of the music and how unforgettable it was. Its crazy I had never heard Brazilian music prior to moving to Rio de Janeiro. I had no idea what I was missing.

A lot of times when I would walk along Copacabana beach in Rio I would hear the guitar and the percussion and the tambourine all playing in unison. Instantly it made me happy and want to start moving to the music. It was mesmerizing. There's something about that beat.

I remember seeing guys that would play along the vendor stands along Copacabana beach and they would come to you as you sit there and ask for a donation afterward. If nothing else, you would give them a tip so they would leave your table so you could talk to your friends. Other times it was fun just to sit there and soak in the Brazilian beat and feel it in your bones.

On this page I want you to see and experience some of the same things I experienced, as much as possible on a web page. I've included some of the famous Brazilian songs, instruments and artists that have impacted not only Brazil but music across the world.

Here are what I call the 5 most famous Brazilian Singers to see what kind of other controversy I can mix up. I know these are subjective but its fun to stir the pot and see what kind of music people like and are passionate about.