Brazil Religion - What Are The Top 5 Religions? 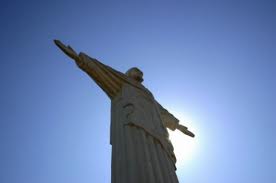 Brazil religion plays a major role in the lives of most of the people in this largest South American county. What are the top five religions in Brazil? Brazil has a population of over 190 million people.

Here are some interesting Brazil facts: Around ninety percent of this population identifies with some sort of religion. It was in 1891, when the Brazilian Republican Constitution was set forward that Brazil finally ceased to have an "official" religion. Just like the USA, Brazil can practice freedom of religion thanks to the newest constitution that was adopted in 1988. Below are the top five religions in Brazil today:

Even though there is freedom of religion and Catholicism is not forced on the residents the Government officials still steer clear of taking any exploit that may be seen to offend the church. The Catholic church plays a big role in social and political causes locally throughout the country. During the country's military regime, the progressive clergy controlled the situation and were the primary focus of the defense of human rights and the resistance.

Protestantism. Christianity is the second largest Brazil religion. Those who are Christian but not Catholic are considered Protestant. There are many branches of Christianity in Brazil. Among them the most popular are:

Other Protestant beliefs and offshoots that make up smaller portions of "Christians" are Kardecist, Lutherans. The largest population of Protestants are found in North, Central-West and Southeast Brazil.

The Church Of Jesus Christ of Latter-day Saints is the third largest Brazil religion. They boast a membership of over one million one hundred thousand with almost two thousand congregations and 309 family history centers. Five temples are stretched across Brazil.

Jehovah's Witnesses is the fourth largest religion in Brazil. They have over 700,000 members.

Eastern Orthodox makes up the fifth largest religion in the country with over 500,000 members that came over with their Armenian, Greek, Lebanese, Russian, Syrian and Ukrainian immigrants in the past one hundred years.

Interestingly there are many other beliefs that make up the Brazil religion practices. Brazil makes the first country with some religions, for example it is the first Yoruba country. Yoruba is an African religion that combines several traditions from both Brazil and Africa creating an assortment of Afro-Brazilian religions. There are others such as Buddhism, Islam, Judaism, Rastafarian, and Shinto that came from immigrants from East Asia, Eastern Europe and the Middle East. This has given rise to the swift development of other sects and cult growths recently. I hope you have enjoyed these interesting Brazil facts about religion in Brazil